Tonight for dinner I made steak with a Bernaise sauce and some sweet corn on the cob with butter, salt, lime, and cholula.
For the steak, I tenderized the Tbones that I had bought on special at Vons Sunday.
Then I sprinkled them with basil salt

that I bought at williams and sonoma a while back, it is good stuff. I tenderized it then I waited for them to come to room temperature. 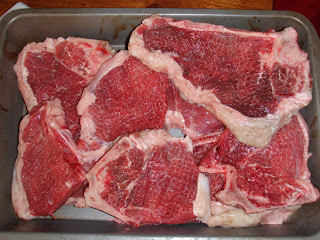 I am not reposting my bernaise recipe. It is on the blog already and it is simple to make. When it came time to eat I had Randy throw them on the grill to everyone's liking. He likes his rare rare rare and I like mine medium. Jordan wants his to almost be burnt.

For the corn: I learned from reading Bobby Flay's book to never remove the husks from corn on the cob. Instead you Pull the outer husks down the near to the base. Strip away the silk from each ear of corn by hand. Fold husks back into place Place the ears of corn in a large bowl of cold water with 1 tablespoon of salt for 10 minutes or until ready to put on the grill. 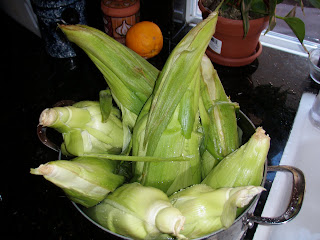 Take out of water and shake off any excess. Pull back husks put some butter on the corn and salt, pepper and any other spices. Close the husks and tie the ends together with kitchen string

. Remove corn from water and shake off excess.and place the corn on the grill, 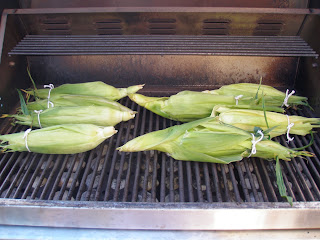 close the cover and grill for 15-20 minutes, turning every 5 minutes, or until kernels are tender when pierced with a paring knife

. Remove the husks and eat on the cob.

I also made my cheesey Garlic rolls. 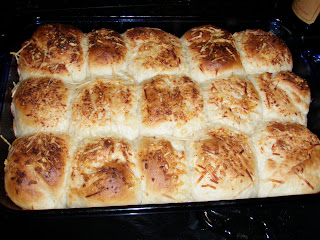 I love my nifty garlic tool I have. It is called the garlic zoom

. it is under $10 and I use it every day. Because a day without garlic does not exist for me. It is just another way to mince your garlic, it works fast and it is fun to use. I just smash my garlic with a cup ( i never use the large knife way of smashing, i just know one day I would cut myself so I stick with a cup). Then i put in all the garic cloves in the zoom 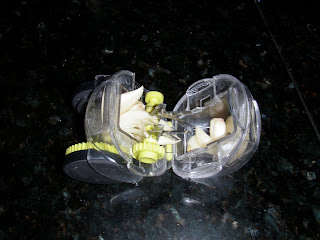 and roll it like a car a few times. Then Presto! It minces a whole head of garlic in 10 seconds. 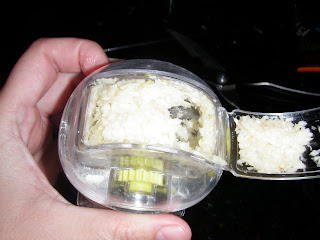 Since I obviously was not going for a weightloss meal, I went ahead and made my caramel cinnamon rolls as well. I figured the kids can take the leftover rolls to school. I have been making these rolls for my kids since they were really little. It used to be a tradition that I would make them on Christmas eve and let them rise overnight and in the morning we would take them to Grandma Terry and Grandpa Rogers house to eat while we open gifts.

Dissolve yeast in warm water. Cream sugar, shortening and salt. Add boiling water and beat well. Add egg and beat again. Add yeast and beat. Gradually add 6 cups of flour, stirring with spoon. Let stand 1 hour and form into rolls. If you have a bread machine, you can simply add all the ingredients in the order given and run on the dough cycle. 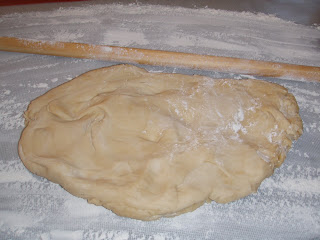 Roll dough into a rectangle. 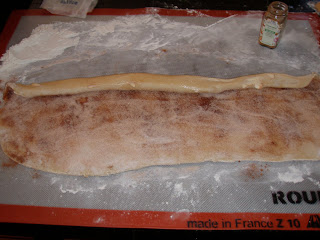 Spread with butter, sugar and lots of cinnamon. Cut into 12 rolls. Put  rolls into a large lasagne pan

.
Before pacing rolls in pans, pour caramel on top. 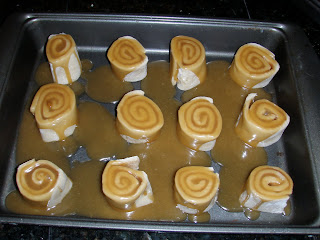