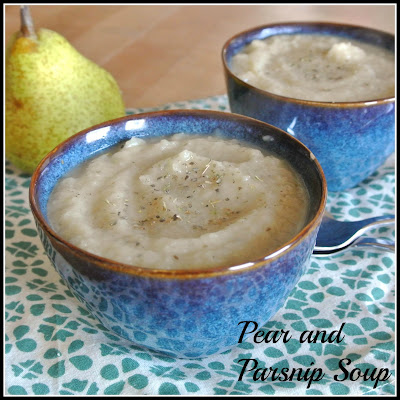 On my quest to eat fresh local organic produce, I stumbled upon a lot of  Pear and Parsnip soup recipes. The combination of sweet and savory is very popular in the gourmet cuisine world. So I gave it a shot.
It is a creamy sweet and savory soup that welcomes the approach of Autumn. 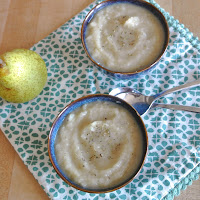 Preheat oven to 400 F. Toss parsnips and pears in olive oil and season with salt, pepper and rosemary 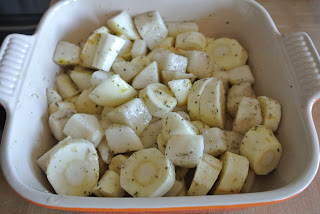 Heat olive oil in a dutch oven over medium-high heat and cook onions for 5 minutes until tender. Add remaining ingredients including roasted parsnip mixture and bring to a boil. When it reaches a boil, reduce to low heat and simmer for 10 minutes until parsnips are tender. 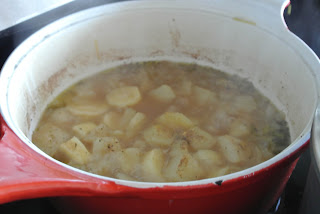 Blend mixture in a blender until smooth and creamy and serve immediately. 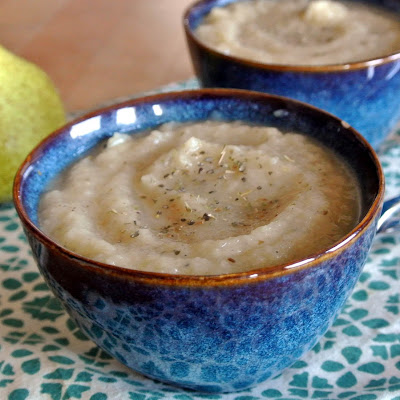