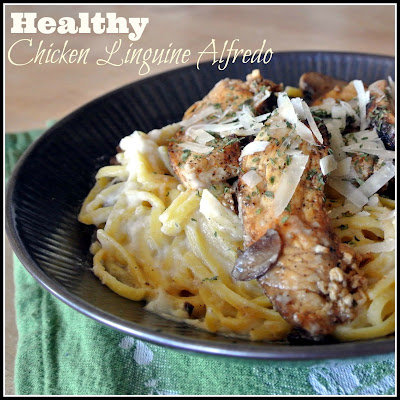 You know how you just have something you love, and even though it is really bad for you, you eat it anyway? Well, I have stopped doing that. I still may have some high fat recipes on my high calorie days, but I no longer eat garbage. I thought it would be really hard to do, but it actually has been easy. By just going over old recipe's and adapting new and healthy ways to make them, I have been able to enjoy most of the foods I love.

I started making my alfredo out of veggies instead of butter and heavy cream.
Obviously when you "healthify" a recipe. It will taste a little bit different.This recipe comes very close to the original taste. With the creaminess of the cauliflower, mixed with the garlic and parmesan, it comes so close to the artery clogging original. unless you let people know you made it with Cauliflower, they won't know.

Using quinoa noodles instead of the over processed garbage noodles, it adds even more protein and more healthy goodness.
This cauliflower sauce reheats beautifully, so feel free to refrigerate the leftovers and reheat them later. 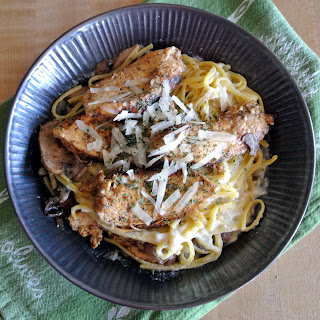 Wash the cauliflower, remove the leaves and stalk and chop it into large  pieces. 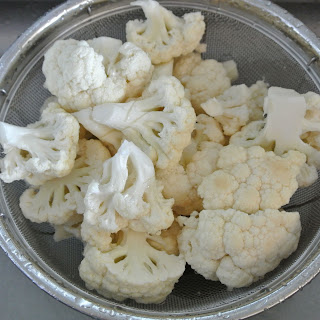 Place it in the big sauce pan with water, bring to boil and boil for 30-40 minutes until cauliflower is really soft. Remove from heat and drain cauliflower from water, but save some of the cooking water, and set it aside. 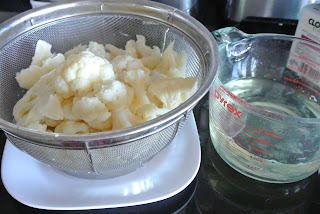 Melt the butter in a medium saucepan over medium-high heat. Add minced shallot (or 2 tablespoons of minced regular onion) and minced garlic and saute until tender. Add half and half  and Parmesan cheese and bring to a boil. Cook just for a minute, stirring, until cheese melts. Remove from the heat. 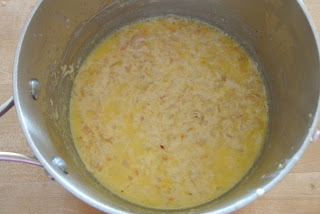 In a food processor, combine cauliflower and creamy sauce. Process really well, until a very creamy sauce forms. Add up to 1/2 cup cooking water and up to another 1/2 cup half and half to thin the sauce to a desired consistency. 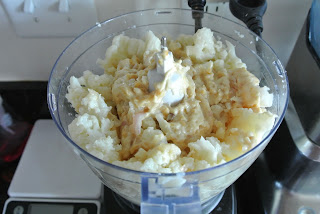 Feel free to add more half and half or cooking water (using 1/4 measuring cup) from step 1 to thin the sauce if it is too thick. Transfer sauce into a large sauce pan and keep it warm on the stove top. Season with salt and pepper, to taste. 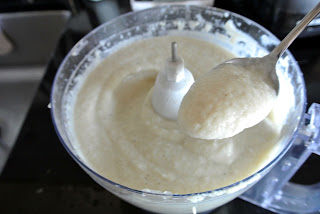 In a separate skillet melt 1 tablespoon of grapeseed oil (or oil of choice) over medium heat and saute mushrooms until soft and browned. Season with salt and pepper.

For the noodles I use Ancient Harvest Organic Quinoa Linguine. 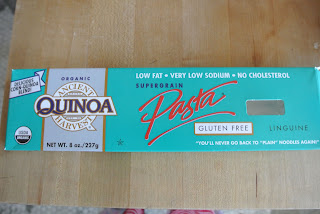 Bring a large pot of water to boil and cook the linguine in boiling salted water until al dente (6-9 minutes). Drain.

If you like mushrooms, brown your mushrooms in a skillet with 1 TBSP olive oil, salt and pepper
To prepare the chicken: 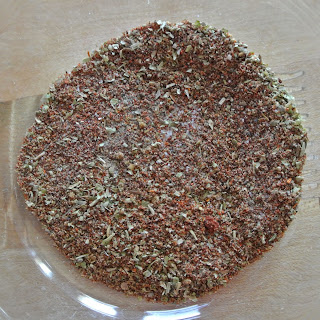 Add chicken to the bowl with spices and mix and toss to coat chicken with spices.
Heat 3 tablespoons of olive oil in a large frying pan on high heat. Add chicken, coated with spices, and cook about 4 minutes on each side. Remove pan from heat. 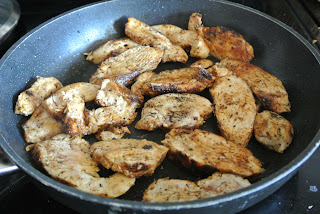 Combine the cauliflower sauce,  and pasta . Toss to combine thoroughly – over medium heat.  Sprinkle with remaining Parmesan.
Add cooked Chicken and mushrooms to linguine alfredo, and garnish with parsley, if desired. Serve immediately 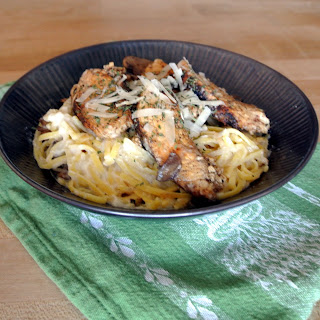