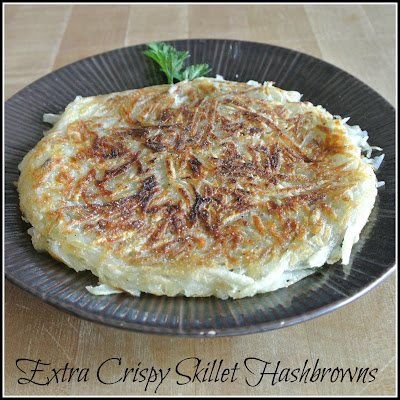 Hashbrowns are a weakness of mine. I like them extra crispy. I can't stand it when I order some hashbrowns, and they come out soggy and barely crispy on one side. This recipe gets the perfect crust on both sides of the hashbrowns, which makes them extra crispy and perfect. They are not hard to make. If you have a  couple potatoes in your pantry you can make these easily.


Rinse potatoes in a colander under cold water until water runs clear. 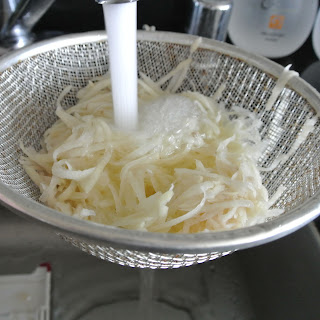 Squeeze firmly to remove excess liquid. I always use a paper towel to get all the moisture out. 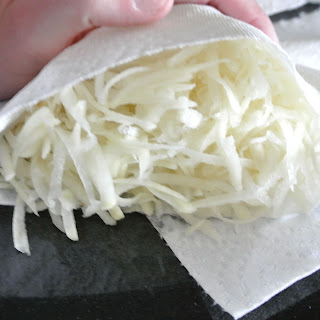 Transfer to a large bowl. Add salt and pepper; toss to coat.
Heat 6 tablespoons oil in a large nonstick skillet over medium-high heat. Add half of potatoes; press gently into an even layer. Sprinkle with green onions. 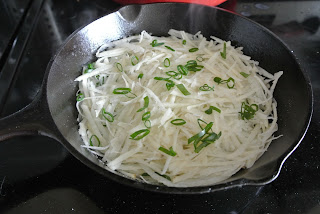 Top with remaining potatoes; press gently again. Cook until golden brown on bottom and sides, For me this took 7 minutes on medium heat.


Now there are two ways to do the next step. I have two skillets that are the same size. So I flip it over directly into the pan like this: 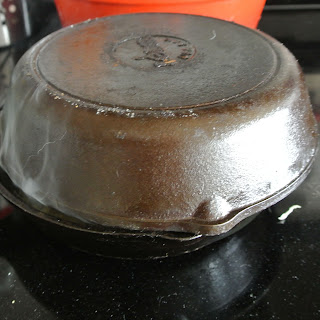 If you don't have two skillets, you can slide hash browns onto a plate. Carefully place skillet upside down over hash browns and flip to invert into skillet, browned side up. Drizzle remaining 2 tablespoons oil around sides of skillet. Cook hash browns until bottom is golden brown, 7 minutes longer; slide onto a plate and season with sea salt, and it is ready to serve. 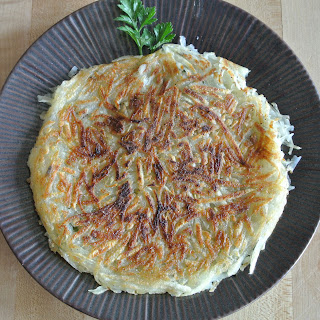