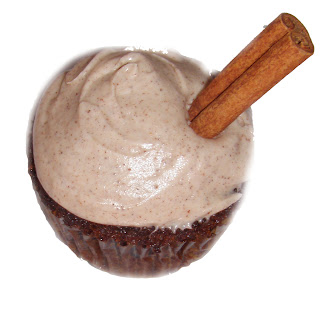 It seems like this time of year I can't get enough spice smell in my house. Moving from Oregon where you really "felt" the season, with the cold crisp air, rain, the thought of possible snow.... to Southern California, where you feel the season by adding holiday items to your house. Smell, Decor... anything. I am not complaining. I live in what I think is the most beautiful place, and I would not have it any other way. Holidays are just an adjustment and I find I seem to be cooking with a lot of holiday ingredients. I like my kids to come home to holiday music and a cozy smelling home. These cupcakes did the trick. Perfect for the holidays, or if you just have a sweet tooth. I made them Gluten free, but as always if you want you can use normal flour instead.

Preheat the oven to 350 and line a muffin tin with paper cupcake liners. In a large bowl, mix the dry ingredients together. 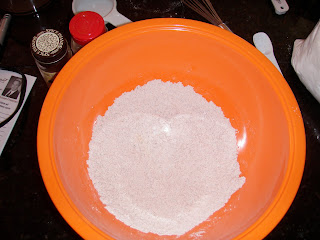 Then, in the basin of your mixer, beat the 4 tablespoons of butter with the granulated sugar. Add the molasses and the egg, continuing to beat until smooth. 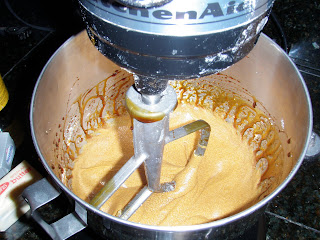 In a small bowl, whisk together the baking soda with 1/2 cup of boiling water. Combine into the main mixture, whisking until combined.

Divide among the cupcake holders, filling each until about 3/4 full. 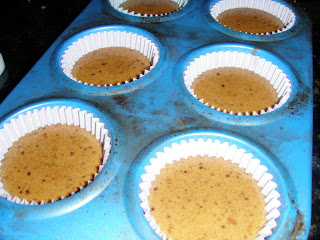 Bake for about 20 minutes until firm to the touch and lightly browned. Allow the cupcakes to cool completely before you frost them.

To make the frosting, beat the cinnamon, confectioner's sugar, butter, cream cheese and butter for several minutes on high speed until the frosting has the right consistency.

When the cupcakes are cool, frost them with the frosting and garnish with a cinnamon stick, or just serve. 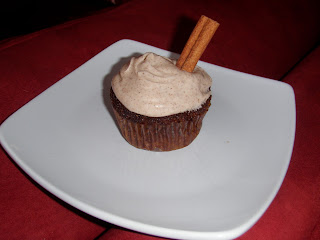 Make sure to keep them in the fridge until they are eaten.
at November 15, 2010