Thank You Senator James Inhofe of Oklahoma and Senator Ben Nelson of Nebraska for introducing the Resolution.

Thanks also to the Senate for Passing US Senate Resolution 550 to benefit celiac disease awareness each year. The Resolution represents the work of those with celiac disease, the American Celiac Society, Celiac Disease Foundation, Gluten Intolerance Group of North America, National Foundation for Celiac Awareness, the American Celiac Disease Alliance and the Celiac Sprue Association.

The date of September 13 was chosen because it honors the birthday of Samuel Gee, MD a British physician and pediatrician. Dr. Gee published the first modern description of the clinical picture of celiac disease and is credited with being the first to identify the link between celiac disease and diet. One of Gee’s famous quotes on celiac disease is “if the patient can be cured at all, it must be by means of diet.”

The 1 in 141 prevalence statistics reflect the Mayo Clinic analysis of the nearly 8,000 blood samples from the Center for Disease Control -- National Health and Nutrition Examination Survey 2009-2010. This is the first large study to confirm the 2003 Multi-Center Prevalence of 1 in 133. Read the abstract
So ... 1 in 133 people have it. Time for people to take notice and quit just calling it a fad! 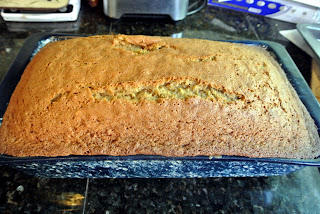 On that note, Today I bring to you my absolute favorite. Zucchini bread. I made it for a friends son who really likes zucchini bread. The extra cinnamon makes it perfection for me. I hope
you like it as much as I do. 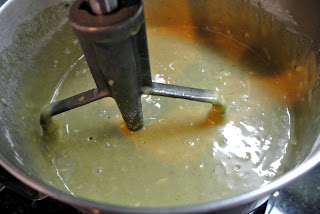 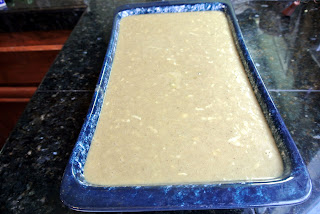 Bake in 2 standard loaf pans, sprayed with nonstick spray, for 1 hour, or until a tester comes out clean.