The health benefits of Spirulina 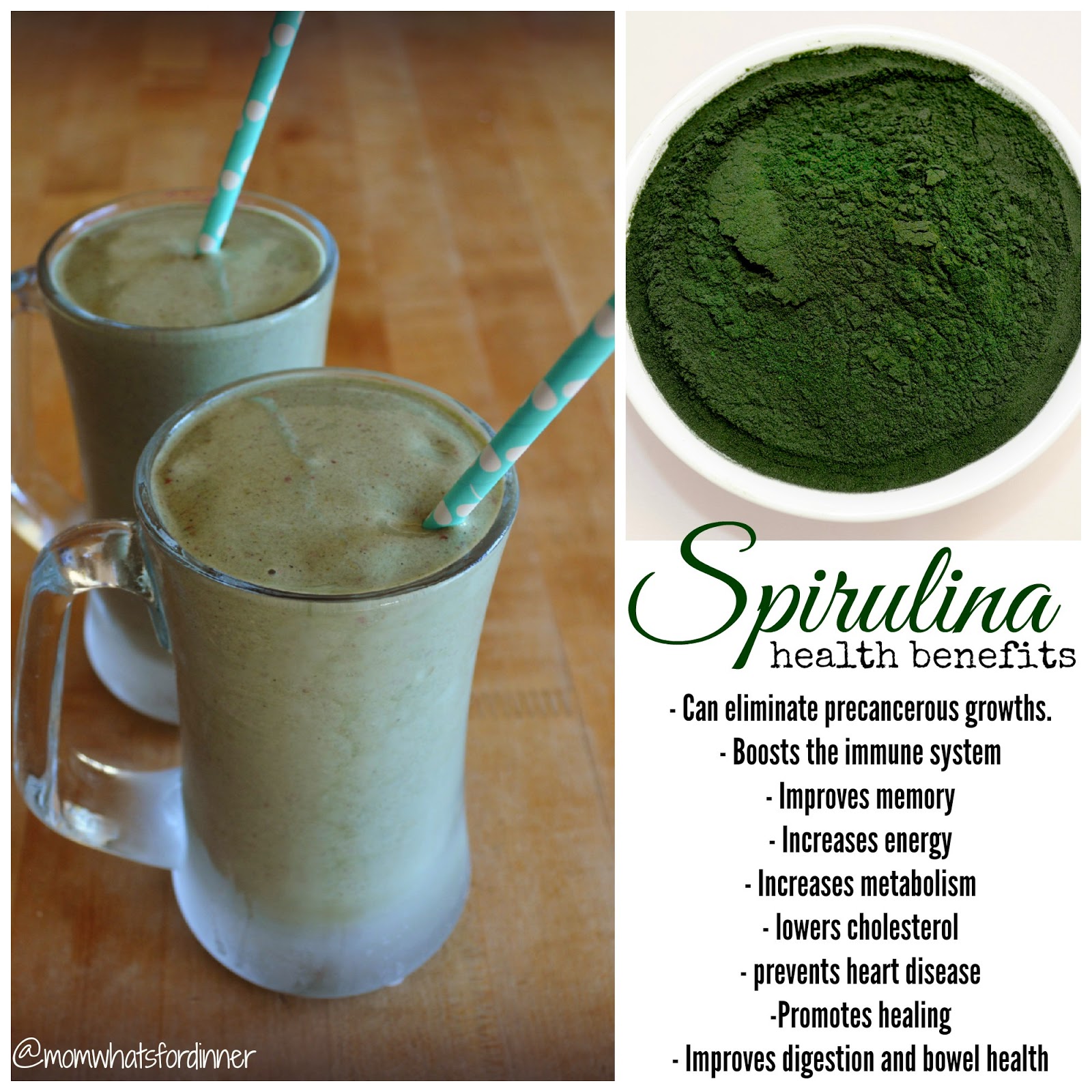 If you have not heard about the health benefits of Spirulina, it is time to do so! Let me tell you what this superfood can do! Below is a summary of what Spirulina can do. Get yours HERE!

Immune Support
A number of animal and test tube studies suggest that spirulina increases production of antibodies, infection-fighting proteins, and other cells that improve immunity and help ward off infection and chronic illnesses such as cancer. However, it has not been tested in people. In one clinical trial that involved humans, another type of blue-green algae called chlorella did not boost the immune response to flu vaccine.

Protein Supplement
Amino acids make up 62% of spirulina. Because it is a rich source of protein and other nutrients, spirulina has been used as a nutritional supplement. However, although spirulina contains a certain level of protein, you would need to take very large quantities to see any effect. Other sources of protein, such as nuts, legumes, whole grains, and meat, provide protein in smaller servings.

Allergic Reactions
Animal and test tube studies suggest that spirulina may protect against allergic reactions by stopping the release of histamines, substances that contribute to allergy symptoms, such as a runny nose, watery eyes, hives, and soft-tissue swelling. But whether these preliminary studies will help people with allergies is not known.

Antibiotic-related Illnesses
Although antibiotics destroy unwanted organisms in the body, they may also kill "good" bacteria called probiotics, such as Lactobacillus acidophilus. This can cause diarrhea. In test tubes, spirulina has boosted the growth of L. acidophilus and other probiotics. More research is needed to determine whether spirulina will have the same effect in people.

Infection
Test tube studies suggest that spirulina has activity against herpes, influenza, and HIV. But researchers don’t know whether it would also work in people.

Oral Cancer
In one placebo-controlled study, taking spirulina seemed to reduce a precancerous lesion known as leukoplasia in people who chewed tobacco. Lesions were more likely to go away in the spirulina group than in the placebo group. More research in this area is needed.

Liver Disorders
Preliminary evidence suggests that spirulina may help protect against liver damage and cirrhosis (liver failure) in people with chronic hepatitis. Without more research, however, it is impossible to say whether spirulina offers any real benefit.

Here is a tasty way to get it down! Tastes like a strawberry milkshake!

Blend and serve!!
Once again this shake contains the nutrients of 5 salads.
All my superfoods,  and loving the cancer fighting spirulina!

Get yours here; http://www.shakeology.com/momwhatsfordinner All proceeds go to the We Are Warriors cancer recovery fund
at November 23, 2014