Anyone ready for another Steak recipe? Last week I made the boys Steak Pinwheels on the grill. They were filled with bacon. I wanted to make something similar that was filled with fresh veggies and had a nice sauce. The boys gave this a yummy thumbs up, and prefer this version to the grilled Steak Pinwheels. My husband said the Pan searing and sauce made them moist. I will be making this for them again for sure. 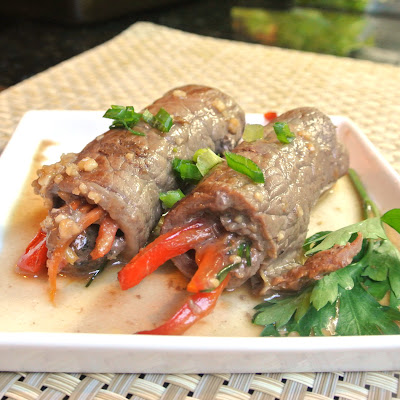 Before starting this meal, it is best to prepare your Veggies. 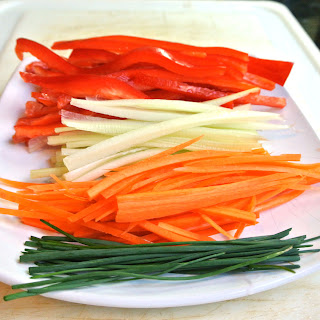 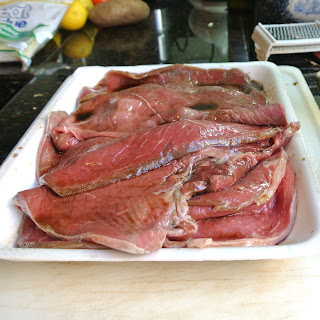 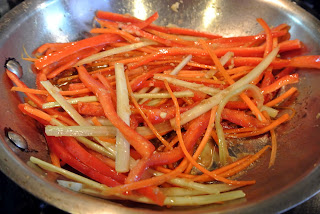 To make the beef rolls, lay beef slices out with short side facing you. Equally divide chives, mushrooms and vegetable mixture among the pieces of meat. 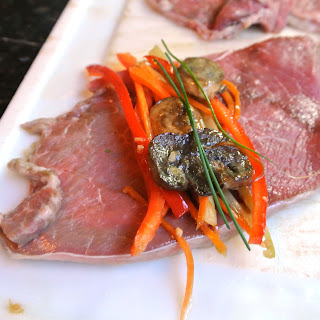 Roll the beef up, over the filling and secure with toothpick. 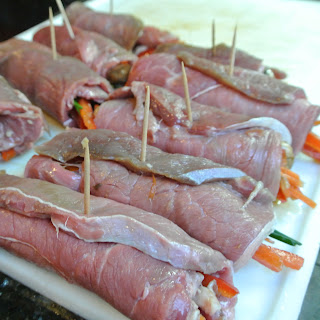 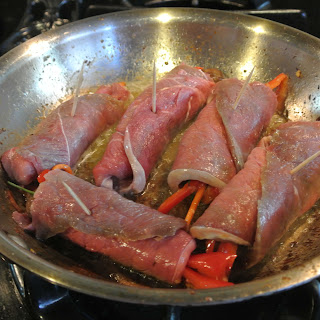 Add sauce ingredients to the pan. Cover and simmer over medium heat until beef is just cooked through, 1-2 minutes. Remove toothpick, sprinkle with sliced green onions to serve.
Follow Us!