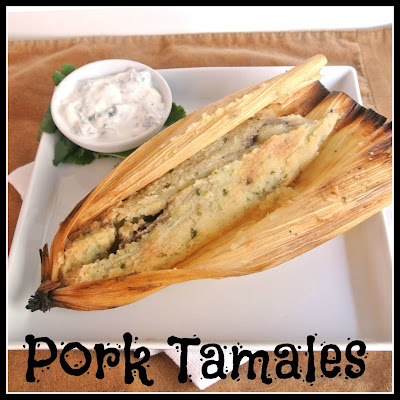 I have shocking news for you all. Before this post, I had never had a tamale before. I have thought about trying them for years, but never got around to it. My tamale knowledge before now consisted of a hot chewy cinnamon candy I ate growing up called Hot Tamales. But, time to learn. I was in the store and found the dried corn husks and thought, I am just going to do it! It helped that two of the chefs on tonight's Top Chef episode made Tamales.


Two different chefs made them. I never knew that they can be considered a Holiday dish!
That got me wanting to make them even more. When I was at the San Diego Food and Wine Festival I was given this months issue of Cooking Light Magazine, and there was a great recipe for Tamales. If you are like me, this recipe looks daunting. It isn't. You just need to plan the steps. Several of them can be done the day before. I chose to cook the pork and make the Crema the day before. Don't be intimidated by Tamales! You can do it! I broke the recipe down and made several changes to make it easier and tasty!
Did I happen to mention that I am now a Tamale lover? These babies go on my top foods list. 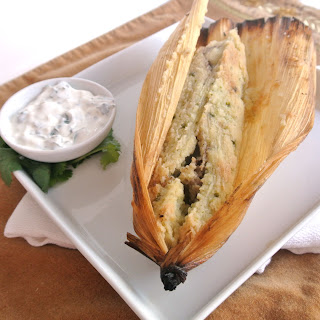 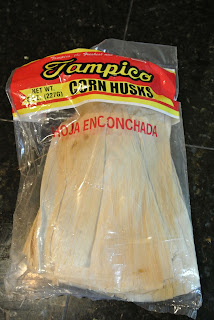 To prepare crema, combine all crema ingredients, stir; chill for at least one hour, better if overnight.

To prepare Pork I added all pork ingredients to a crockpot and cooked on low for 7 hours. Can be on high for 4. 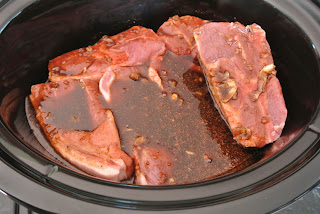 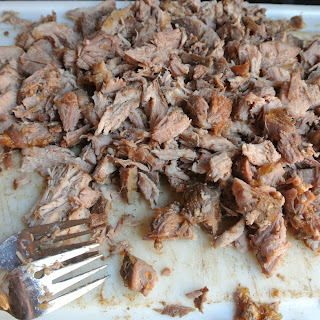 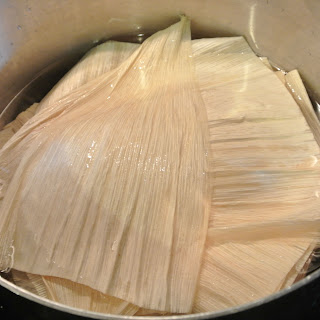 Preheat your oven to 450 degrees.
To prepare masa, combine 2 1/2 cups stock and chiles stem removed and slice in half, in a microwave-safe bowl. Microwave at HIGH for 2 minutes or until chiles are tender; cool slightly. 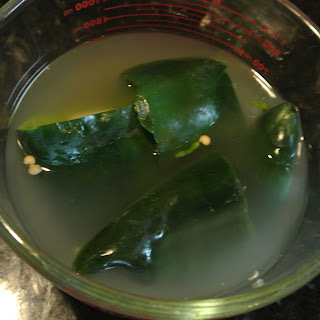 Combine hot stock, chiles, and corn in a blender; process until smooth.
Combine masa harina, 1 1/4 teaspoons salt, and baking powder, stirring well with a whisk. Cut in lard with a pastry blender or two knives until mixture resembles coarse meal. 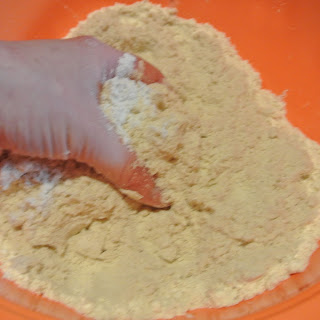 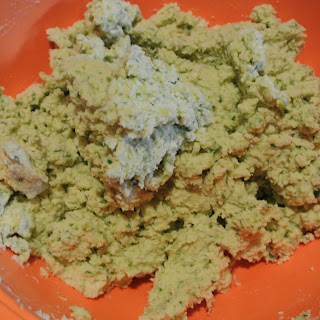 Turn dough out onto a lightly floured surface; knead dough until smooth and pliable. 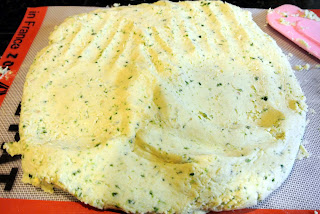 Now it is time to assemble your Tamales:
Working with one husk at a time (or overlap 2 small husks), place about 3 tablespoons masa mixture in the center of husk, about 1 inch from top of husk; press dough into a 4-inch-long by 3-inch-wide rectangle. 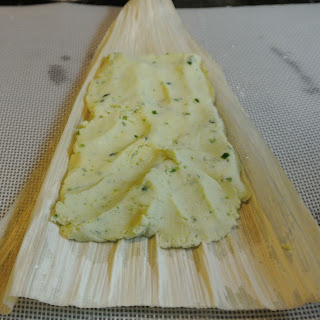 Spoon about 1 heaping tablespoon pork mixture in the middle of the dough. 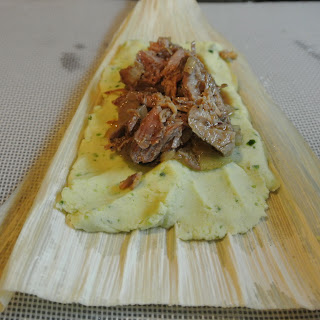 Using the corn husk as your guide, fold husk over tamale, being sure to cover filling with dough. Use husk to seal masa around filling.
Tear 3 or 4 corn husks lengthwise into strips; tie ends of tamale with strips.

Place tamale, seam side down, on the rack of a broiler pan lined with a damp towel. 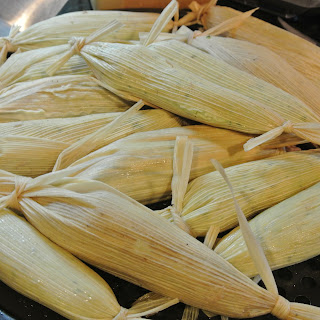 Repeat procedure with remaining husks, masa mixture, and pork mixture. Cover tamales with a damp towel. Pour 2 cups hot water in the bottom of a broiler pan; top with rack.

Steam tamales at 450° for 25 minutes. Remove and re-wet top towel, and add 1 cup water to pan. Turn tamales over; top with cloth. Bake for 20 minutes or until set.
Let tamales stand 10 minutes. Serve tamales with crema. 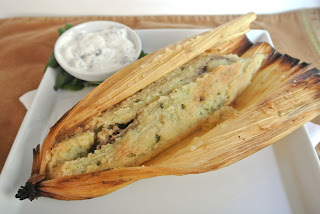 For those of you that watch #TOPCHEF, please tweet #savechefkuniko to save my favorite chef!
Content and/or other value provided by our partner, Bravo.