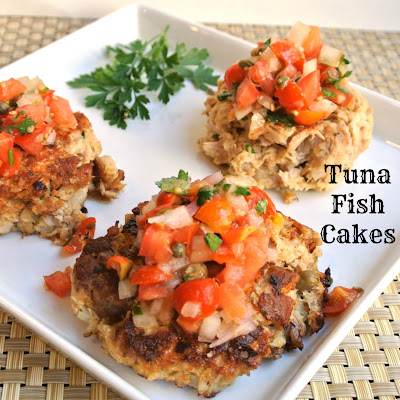 Recently we were blessed to be given a bunch of fresh caught Yellow tail Tuna from a friend. Initially I made tuna steaks for my husband and blackened tuna and so forth. The rest went in our freezer. I have been pondering what to do with it, until I came across a healthy recipe from The Novice Chef that called for canned tuna. I know without a doubt I would not like these cakes if I had used canned tuna. Just my preference. So I decided to adapt this recipe and use the yellow tail steaks I had instead. Oh my. These were so delicious. My daughter who is a self proclaimed tuna hater, wolfed them down before I had a chance to tell her it was tuna. When I did she just blinked and said: “well I guess I like tuna if it is not canned.” It did not taste of tuna at all. No fishy taste whatsoever. If you can get your hands on some yellow tail or any other good tuna steaks. I highly recommend this recipe. With the fresh gribiche on top instead of tartar sauce… makes for a very healthy meal or appetizer. Enjoy! 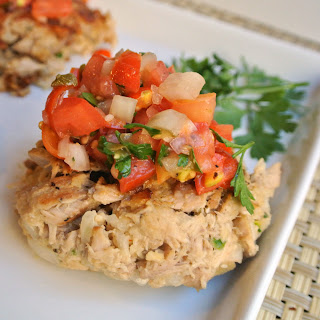 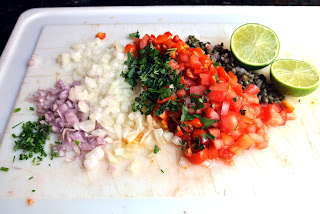 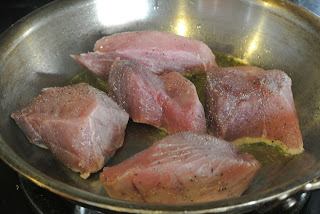 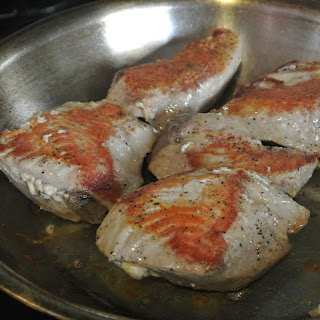 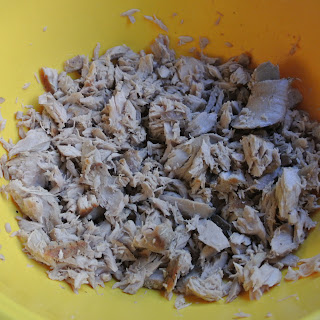 Mix in the onion, crushed tortilla chips, parsley, garlic, lime juice, mustard, and cholula. Then add a little salt and pepper, stirring, and taste testing. Once you have reached your desired seasonings, stir in the egg and gluten-free flour. 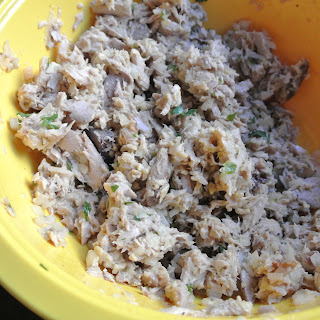 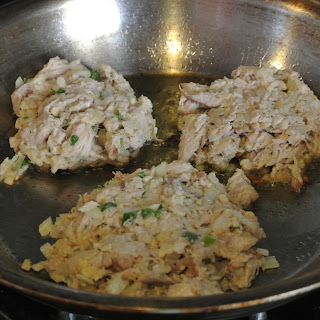 Cook for 2 minutes on each side, or until golden brown. 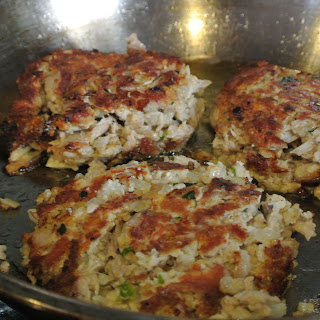 Remove from pan and set on a paper towel covered plate to drain off any excess oil. Repeat entire process (including adding a second tablespoon of olive oil) to cook the remaining to Tuna Cakes.


For the Fresh Tomato Gribiche: 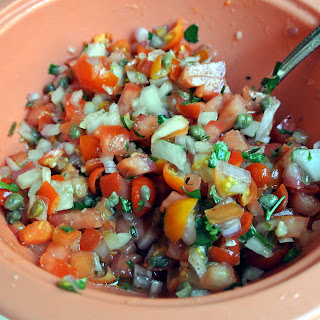 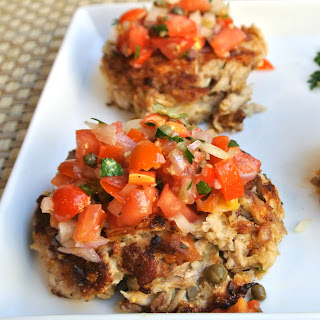