We love Taquitos a lot, but for some reason when you are told you can't have something, it makes you want it more. So I want to make Flautas that my daughter can eat. Flautas - Taquito (from the Spanish diminutive of taco) is a Mexican dish, also very popular in Puerto Rico, consisting of a small rolled-up tortilla and some type of filling, usually beef or chicken. The filled tortilla is crisp-fried. Corn (maize) tortillas are generally used to make taquitos, but flour tortillas are used to make flautas and they are usually baked. Which makes them healthier than taquitos. Since I made homemade gluten free tortillas this afternoon... flautas for Taylor!

Prepare chicken by cutting up in small pieces. Salt and pepper chicken. Preheat skillet. Drizzle with olive oil and ad chicken to hot skillet. Let the chicken lightly brown on one side before flipping it. Then add the onion and garlic. 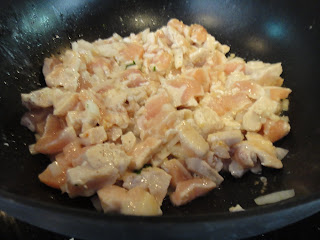 Add salt and saute until tender. Then add all spices and tomato paste. Add water and stir until well combined. Bring to a boil and then cook over medium heat until a very thick sauce has formed. 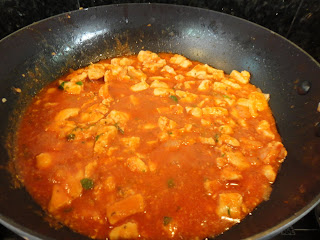 Then you can start to make your flautas. I used my own homemade gluten free flour tortillas 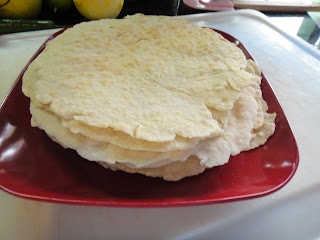 Take one flour tortilla on a plate and place some of the chicken mixture in a line on the tortilla. 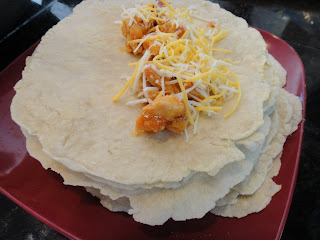 Then tightly roll the tortilla and secure with a toothpick, or if you roll and place next to eachother tightly you won't need a toothpick. Repeat this with all the rest of the tortillas. The flautas should be about the thickness of a large cigar, maybe a bit bigger. You can place the flautas on a nonstick bake sheet or I used a casserole dish to keep them rolled nice. 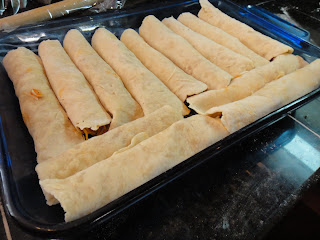 Bake at 450 degrees, until crispy.